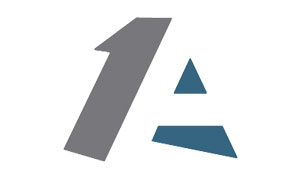 A new focus on two-year colleges such as LSU-Eunice and the South Louisiana Community College is “a huge step forward in educational and workforce development” in Louisiana, in the view of St. Landry economic development director Bill Rodier, the directors of the Council for a Better Louisiana (CABL), and other business and development leaders.

In a recent analysis, CABL pointed out that for many years four-year institutions fought development of a strong community college system in Louisiana because they feared they would lose students. However, experience has shown that today “enrollment in four-year colleges is very close to what it was two decades ago” and it has “increased significantly” in some of them, such as the University of Louisiana at Lafayette.

More significantly, CABL says, “we also have 32,000 more students enrolled in postsecondary education than we did back then.” CABL’s directors believe “that’s critical” for states like Louisiana, and cite impressive numbers to support their stance.

Since 1998 more than 2.1 million students have enrolled in Louisiana community colleges and technical schools.

In 2017-18 more than 24,000 students graduated from a two-year college and 80 percent of them had a credential in a high-demand, high-income program.

On average, graduates from community colleges and technical schools earn about $40,000 a year, and that jumps to $55,000 in high demand fields.

Rodier noted that those figures provide “significant support” for an ambitious, newly inaugurated program called “55 by 25” to help and encourage St. Landry students to seek at least an associate degree from a two-year college or certification of mastery in a skilled trade.

The program is spearheaded by One Acadiana, an economic development agency based in Lafayette that promotes Acadia, Evangeline, Iberia, Jefferson Davis, Lafayette, St. Landry, St. Martin, St. Mary, and Vermilion parishes. It has set what CEO Troy Waynan has called a “stretch goal” of enabling 55 percent of the adults in Acadiana to get a “postsecondary degree, certificate, or other high-quality credentials” by 2025.

“Given Louisiana’s economic mix, all of this makes sense,” in CABL’s view. “Because of our concentrations in industrial jobs, oil and gas, and manufacturing, our economy relies on a large number of workers who need skills training and credentials to get hired, but not necessarily a four-year degree. We need to further diversify our economy so that we have a better balance in the mix, but that won’t change the existing demand for these workers.”

“We often discuss the importance of education and a ready workforce as a key part of the future of economic development in St. Landry and elsewhere,” Rodier said, noting that one of the principal goals for the parish is to provide “students at every level and of every capacity the fullest access to the best possible academic, career, and life education.”

“It is not often that we get really good news with progress by our state as a whole toward this end,” he said, but noted that schools serving St. Landry Parish have been consistent leaders in providing courses useful to both students and their potential employers and providing students with the degrees and credentials they need for successful careers.

“It is not just luck that LSU-Eunice and the T.H. Harris campus of SLCC are showing consistent enrollment growth and receiving greater recognition,” he said. “They long ago recognized the needs described by CABL and long ago began working successfully to meet those needs.”