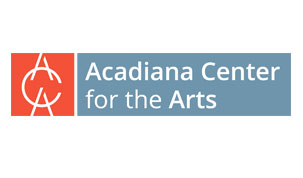 A new mural at the corner of 2nd and Walnut streets in Eunice adds a colorful exclamation point to an area that has long been a focal point for the St. Landry Parish cultural economy.

It was painted by local artist Hannah Gumbo and funded through the Artspark Individual Funding Program. She said the mural grew out of brainstorming she did with other artists hoping to create bright, colorful public art.

Eunice Mayor Scott Fontenot said he hopes to add more projects like it as part of a proposed downtown development district for Eunice. He wants to “add parking, landscaping, lighting, and green spaces” to what he characterizes as “really a vibrant downtown.” He said he hopes to create the downtown district soon, after consultation with business and civic leaders.

In doing so he would be building upon a tradition begun in the 1960s by former Mayor Curtis Joubert, long before “culture” and “commerce” came to be recognized as allied concepts. Since then, Eunice has been an innovative leader in promoting this area’s unique heritage.

Joubert began promoting the community as the Prairie Cajun Capital and lobbying for preservation of the south Louisiana French culture as early as the 1960s and led efforts in the 1980s for creation of the Prairie Acadian Cultural Center and the renovation of the Liberty Theatre, both an easy walk from the new mural, and both among the parish’s top attractions for visitors.

In creating her mural, Gumbo deliberately chose a wall that is clearly visible to drivers on 2nd Street, and one that is near these and other Eunice cultural landmarks. As part of the Artspark grant, Gumbo visited local schools and asked the students what they would like to see. The result was an image that includes often used depictions of the south Louisiana culture, but presented in new and imaginative ways.

“There are some things that people can see easily … but I wanted to make it colorful and abstract so it catches your eye, but you don’t know what you’re looking for at first,” Gumbo said.

“First, it helps bring vitality to the downtown area, and that is something that is becoming more and more important in every community in south Louisiana,” he said. “Second, it recognizes and builds upon the growing awareness of how important the cultural economy, and particularly cultural tourism, can be to a community.”

He pointed to a study done for the state Department of Culture, Recreation, and Tourism, which found that in recent years job growth in the state’s “culture sector” has been more than three times greater than the overall statewide rate.

And, importantly, he notes, a study of south Louisiana by Atlanta-based Garner Economics recently identified “heritage tourism” as one of the strong opportunities for job creation in St. Landry Parish.